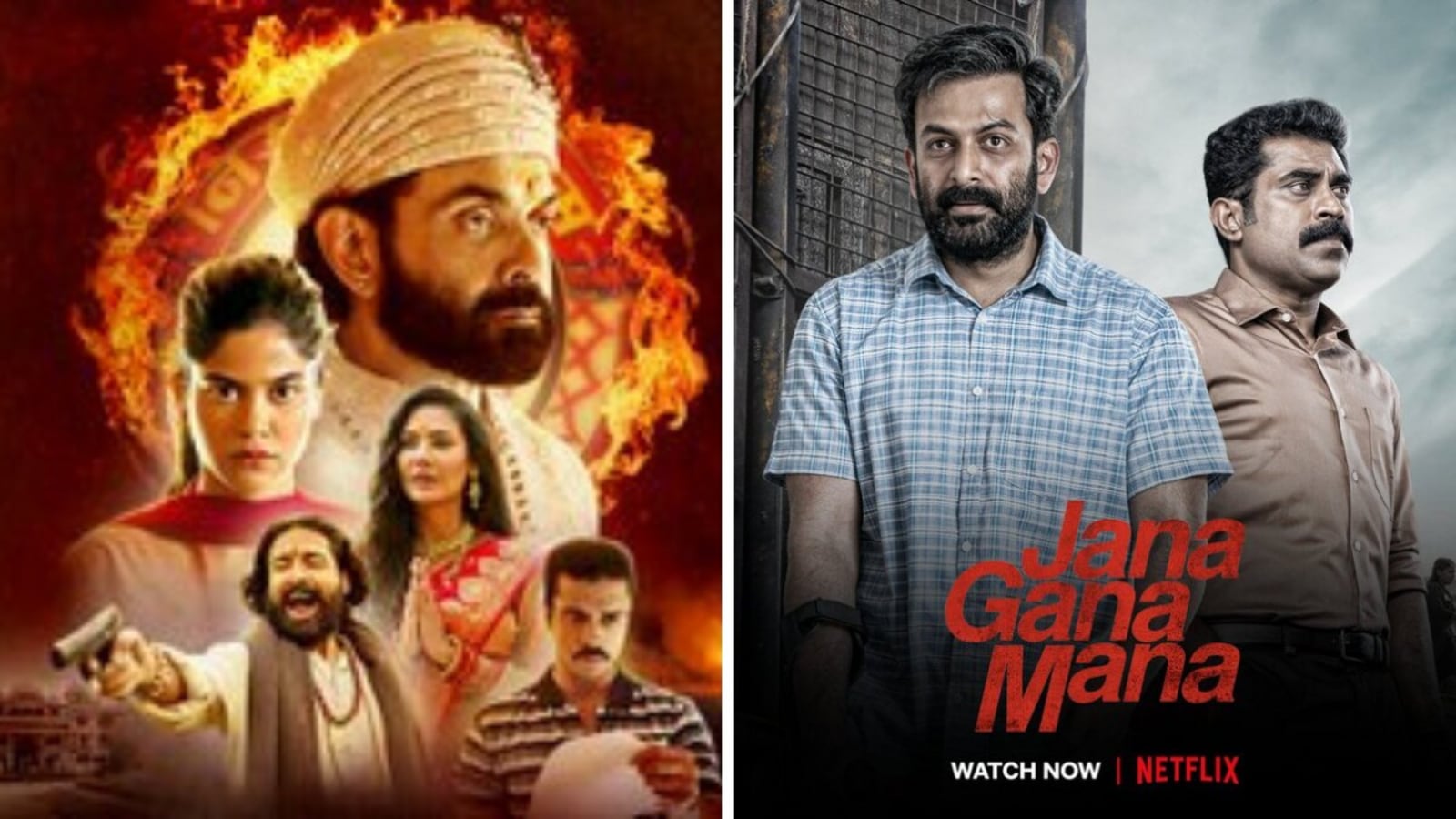 Make your weekend more exciting by watching some of the latest, most entertaining movies and shows like Jana Gana Mana, Attack: Part 1, Aashram 3 on OTT platforms like Netflix, Amazon Prime Video, among others. So, check out the top OTT releases to WATCH Online.

Top OTT releases to WATCH Online: Sunday is all about chilling out, getting rid of work challenges and frustrations and ramping up the entertainment. In order to enjoy the weekend, you can either plan on going out or just sit in your home and enjoy watching movies, web series, among others. Instead of repeating the movies or web series you have already watched, you can watch the latest releases on the OTT platforms like Netflix, MX Player, Zee5, among others. If you are looking for some entertaining and interesting shows and movies to watch, check out the list below. From Jana Gana Mana, Attack: Part 1, Jersey, to Heropanti 2- here are the top 5 OTT releases to watch online.

It is a 2 hour 10 minutes long Malayalam-language film and can be watched on Netflix. Starring Prithviraj, Suraj Venjaramoodu, Mamta Mohandas and Sri Divya, the film deals with issues like college campus politics, casteism, and more. The movie revolves around the alleged murder of a professor and students protesting to get justice for him.

It is a 1 hour 57 minutes long action movie and can be watched on Zee5. Starring John Abraham, Rakul Preet Singh, Jacqueline Fernandez and many others in the vital role, the story line of the film revolves around Arjun Shergill (Played by John) who turns into a supersoldier and puts his life on the line to serve the nation after he loses everything in a terrorist attack.

Heropanti 2 can be watched on Amazon Prime Video and is a 2 hour 20 minutes long film starring Tiger Shroff, Nawazuddin Siddiqui, Tara Sutaria in leading roles. In the movie you can see Tiger playing the role of a computer genius falling in love with Tara who is a self made billionaire. However, they part ways due to unforeseen circumstances and are later gets united.

Aashram season 3 can be accessed over MX Player. It is a Hindi language crime drama web series where Baba Nirala wants to be known as Bhagwan Nirrala as he continues to operate an illegal drug empire via the Aashram. If you have watched Aashram and its second season, you need to watch this too.

Available on Netflix, Jersey is a 2 hour 48 minutes long film starring Shahid kapoor, Mrunal Thakur, Pankaj Kapoor in main roles. The storyline of the film is how ten years after quitting cricket, a gifted but dejected ex-batsman pursues a spot on the national team, hoping to fulfill his son’s wish for a jersey.