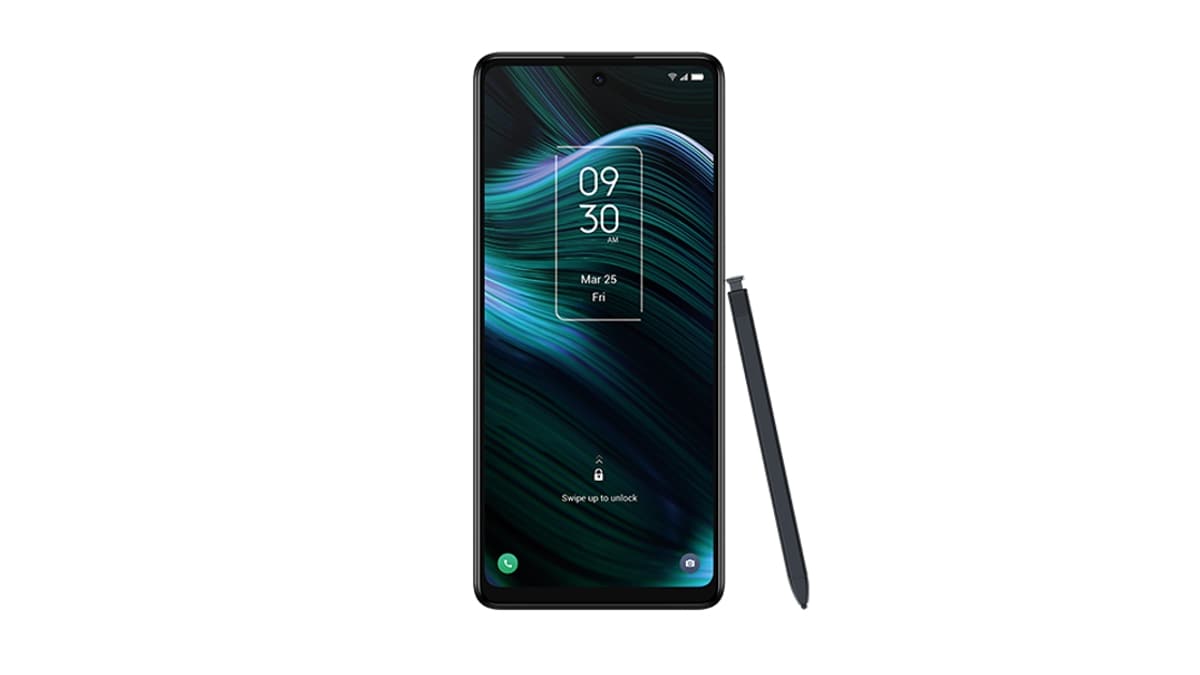 TCL Stylus 5G has been launched in the United States on Thursday, June 2. The smartphone, as its name suggests, includes a built-in stylus and features the Nebo app with highly precise handwriting recognition. There is also a quick access menu to stylus features like drawing, taking notes, screen magnifications, and more. It sports a large 6.81-inch full-HD+ display with a screen-to-body ratio of 90.2 percent. The TCL Stylus 5G is powered by an octa-core MediaTek Dimensity 700 SoC paired with 4GB of RAM.

The TCL Stylus 5G is available in the United States and can be purchased from the T-Mobile site for $258 (roughly Rs. 20,000). TCL only offers the Lunar Black colour option for this handset. At this price point, the TCL Stylus 5G works as a cheaper alternative to other handsets with a stylus like the Samsung Galaxy S22 and Moto G Stylus 5G.

For optics, this smartphone features a quad rear camera setup, including a 50-megapixel primary sensor, a 5-megapixel wide-angle sensor, a 2-megapixel macro lens, and a 2-megapixel depth sensor. There is also a 13-megapixel selfie shooter housed in a centrally-placed hole-punch cutout on the front. Both of these camera setups are capable of recording full-HD videos at 30 fps.

The TC Stylus 5G packs a 4,000mAh battery which is claimed to last for up to 15.3 hours of normal usage. It also supports 18W fast charging. It measures 169.6×76.5×8.98mm and weighs about 213g. It features a side-mounted fingerprint sensor and also supports face unlock technology. On the bottom side, it features a USB Type-C port, a 3.5mm headset jack, and a stylus slot. The smartphone supports Bluetooth v5.2 and NFC wireless connectivity.