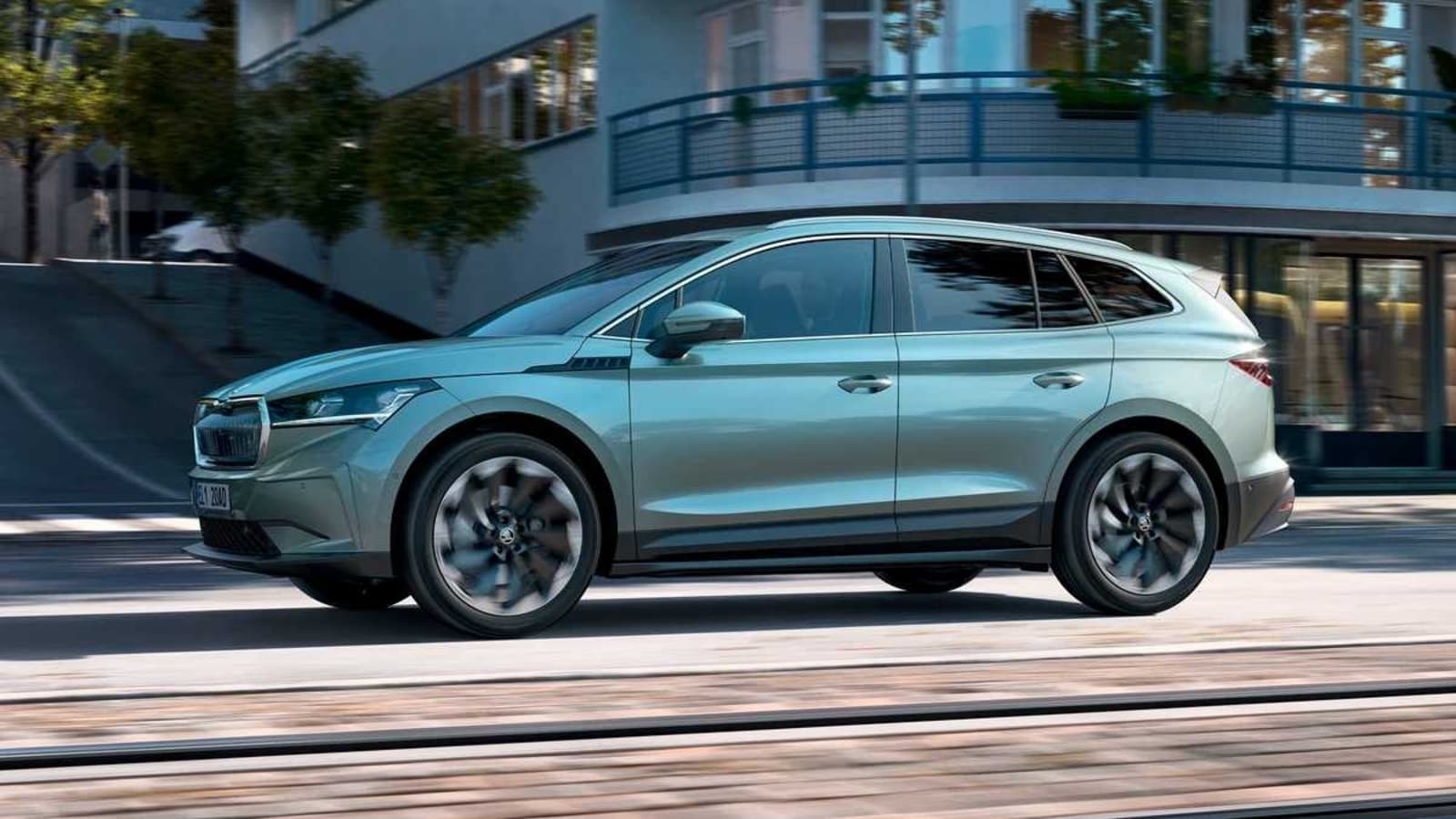 Skoda Enyaq iV electric crossover has been spotted testing in India. Here are all the details.

Skoda Enyaq iV is coming to India as Skoda’s first electric vehicle! The Enyaq iV is a crossover vehicle and has been just potted testing in India. The version spotted in India was the top-end 80X trim, and will likely cater to the high-end segment of the EV market in India. The Enyaq iV has been around in the international markets for a while and is essentially a low-slung SUV with a luxurious interior and a host of smart driver assistance systems. Skoda India is tight lipped on the matter as of now.

The Enyaq iV comes ins several trims but one found testing in India is high-end 80X variant, which is a notch below the sporty vRS variant. This version in international markets features a 77kWh battery, a claimed range of 460 Km, all-wheel drive powertrain, and a power output of 265PS. The vRS variant has the same specs but churns out 305PS power. The “80” variant has a higher range of 510 Km but only comes with a rear wheel drive layout, and a lower power output of 204PS.

Other than the healthy range, the Enyaq iV feature a 125kWh fast charging, that can fill up the battery from 5 to 80 percent in 38 minutes. The Enyaq iV also features a host of smart interior equipment, which includes 13-inch touchscreen display, a digital instrument cluster (obviously), ambient lighting, leather-wrapped steering wheel, and a luxurious upholstery.

Rumours have it that the Enyaq iV will take on the likes of the recently launched EV6 and the Hyundai Ionic EV, all of which cater to the premium EV space. Know that the Skoda is based on VW MEB platform, which has also spawned cars such as the Volkswagen ID4 and Audi Q4 e-tron crossovers. Hence, Skoda could most likely bring the Enyaq-iV as a CBU to India, with initial units limited to 2500 cars. The EV could be announced at the Auto Expo 2023 early next year, and the first deliveries could begin by early March.

The MEB platform will also be seen in Mahindra’s upcoming Born Electric cars, which is likely to spawn some SUVs.