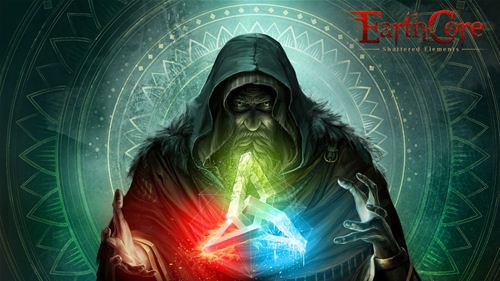 To create “the game they always wanted to play”, developers tore up the genre rule book. Earthcore offers an unprecedented array of strategic gameplay possibilities, including elemental powers, skills, and chants, granting players with abilities such as damage amplification, power mimicking, card swapping and turning enemies cards into dust.

The production of Earthcore lasted over 18 months, allowing the development team to tune the gameplay based on extensive player feedback. Cooperation with Michal Oracz, top board game designer behind the success of Neuroshima Hex! and artists who illustrated games like Magic: The Gathering and A Game of Thrones, was pivotal to the game’s development. Gaming press has already welcomed Earthcore as “one to watch”, a “welcome change from most digital CCGs” and a potential “new CCG obsession”.

Earthcore: Shattered Elements is available as a free universal app for iPhone and iPad on the App Store: itunes.apple.com/app/earthcore-ccg/id912349391

Notes to the editor

About Tequila Games
Tequila Games’ mission is to entertain people with high quality free-to-play titles such as critically-acclaimed BattleFriends at Sea. In the growing crowd of mobile developers, the studio thrives on its out-of-the-box solutions and creative approaches to gaming. With over 100 million downloads to date, the company continues to grow while developing its biggest project so far, a revolutionary digital card game called Earthcore: Shattered Elements.