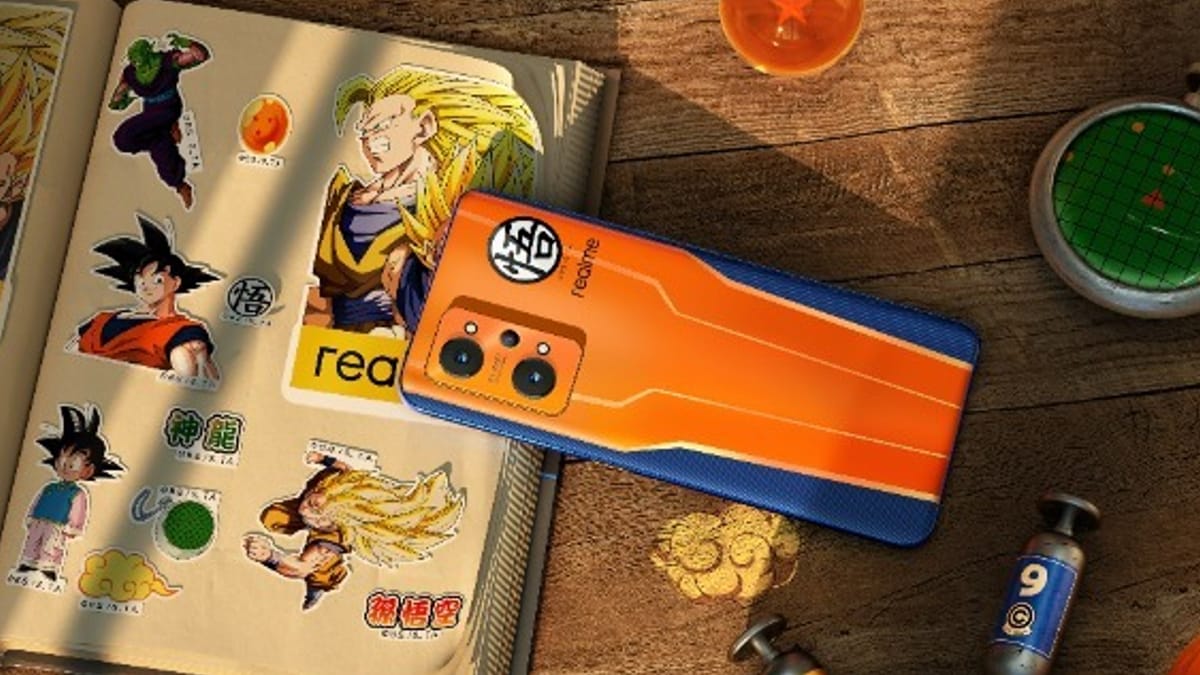 Realme GT Neo 3T is all set to launch on June 7 globally. As per a fresh leak, the upcoming phone could have a special Dragon Ball Z themed variant. The special edition is expected to launch alongside or a week after the launch of the vanilla Realme GT Neo 3T. It is rumoured to be powered by the Snapdragon 870 SoC coupled with up to 12GB of RAM. Earlier in January, Realme had unveiled a Dragon Ball Z variant of Realme GT Neo 2 in a single 12GB RAM and 256GB RAM and storage variant.

Tipster Mukul Sharma (@stufflistings) on Twitter suggested the arrival of Realme GT Neo 3T Dragon Ball Z Edition. It is likely to be unveiled alongside the regular Realme GT Neo 3T on June 7 or a week after its launch. The smartphone is likely to feature a colour tone based on the Dragon Ball Z protagonist Goku’s outfit from the popular anime series.

Earlier in January, the company had unveiled a special version of the Realme GT Neo 2, in a Dragon Ball Z variant available in a single 12GB + 256GB RAM and storage variant, and sold for CNY 2,999 (roughly Rs. 34,200).

Previous leaks also claimed that Realme will launch the Realme GT Neo 3T in a special Naruto edition. This handset may not be available for purchase in India. However, Realme is yet to confirm any details about the Realme GT Neo 3T Dragon Ball Z variant, so the reported details should be considered with a pinch of salt.

Meanwhile, Realme had announced that the launch of Realme GT Neo 3T will take place at its upcoming GT Neo 3 series launch event on June 7. The handset is expected to come as a rebranded version of the Realme Q5 Pro. It is said to feature a 6.62-inch full-HD+ E4 AMOLED display with a 120Hz refresh rate. The phone could be powered by an octa-core Snapdragon 870 SoC, paired with up to 8GB of RAM. It is likely to feature a triple rear camera unit led by 64-megapixel primary camera. Other expected specifications include a 16-megapixel selfie camera, up to 256GB of UFS 3.1 onboard storage, an under-display fingerprint sensor, and a 5,000mAh battery with 80W fast charging support.