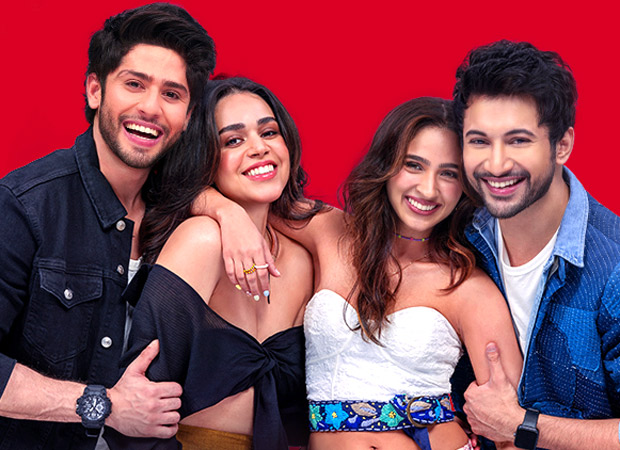 Shahid Kapoor and Amrita Rao’s 2003 film Ishq Vishq went on to become a massive hit. Directed by Ken Ghosh, the film was backed by Ramesh Taurani’s Tips Industries. While the film marked Shahid’s debut, it was Amrita’s second film in a lead role and the success of the film put both the actors on the map of the Hindi film industry. Now, after nearly two decades, Ramesh Taurani has announced a second installment of the film with a fresh cast.

Titled Ishq Vishq Rebound, the second installment of the college romance will star Rohit Saraf, Pashmina Roshan, Jibraan Khan, and Naila Grewal. Revamped to fit the contemporary timeline, the story offers a modern and relatable take on relationships in millennials and Gen-Z generation.

Rohit Saraf is known for films like Dear Zindagi, The Sky Is Pink, and Ludo and was also the lead in the Netflix series Mismatched. Pashmina Roshan, who is Hrithik Roshan’s nephew, will be making her debut with the film. Meanwhile, Naila is known for films like Thappad, Bareilly Ki Barfi, and Tamasha. Jibraan, meanwhile, was seen in Kabhi Khusi Kabhi Gham as a child actor.

When relationships can be found on apps, and lost over a chat, you know that love needs an upgrade. ISHQ VISHK REBOUND. It’s time to move on.

Sharing the news of her debut film, Pashmina wrote, “It feels like years of austerity and hard work is finally bearing fruits. I’m extremely excited, nervous and elated to bring to you my first experience on screen: When relationships can be found on apps, and lost over a chat, you know that love needs an upgrade. ISHQ VISHK REBOUND. It’s time to move on.”

As for Ishq Vishq, the 2003 film is about Rajiv (Kapoor) and Payal (Rao) who are friends since childhood. While Payal is in love with Rajiv, it takes a while longer for him to return her feelings. The film became a success and launched both Kapoor’s career and Rao’s career.