India does a world’s first, gets a liquid-mirror telescope; will observe asteroids, supernovae 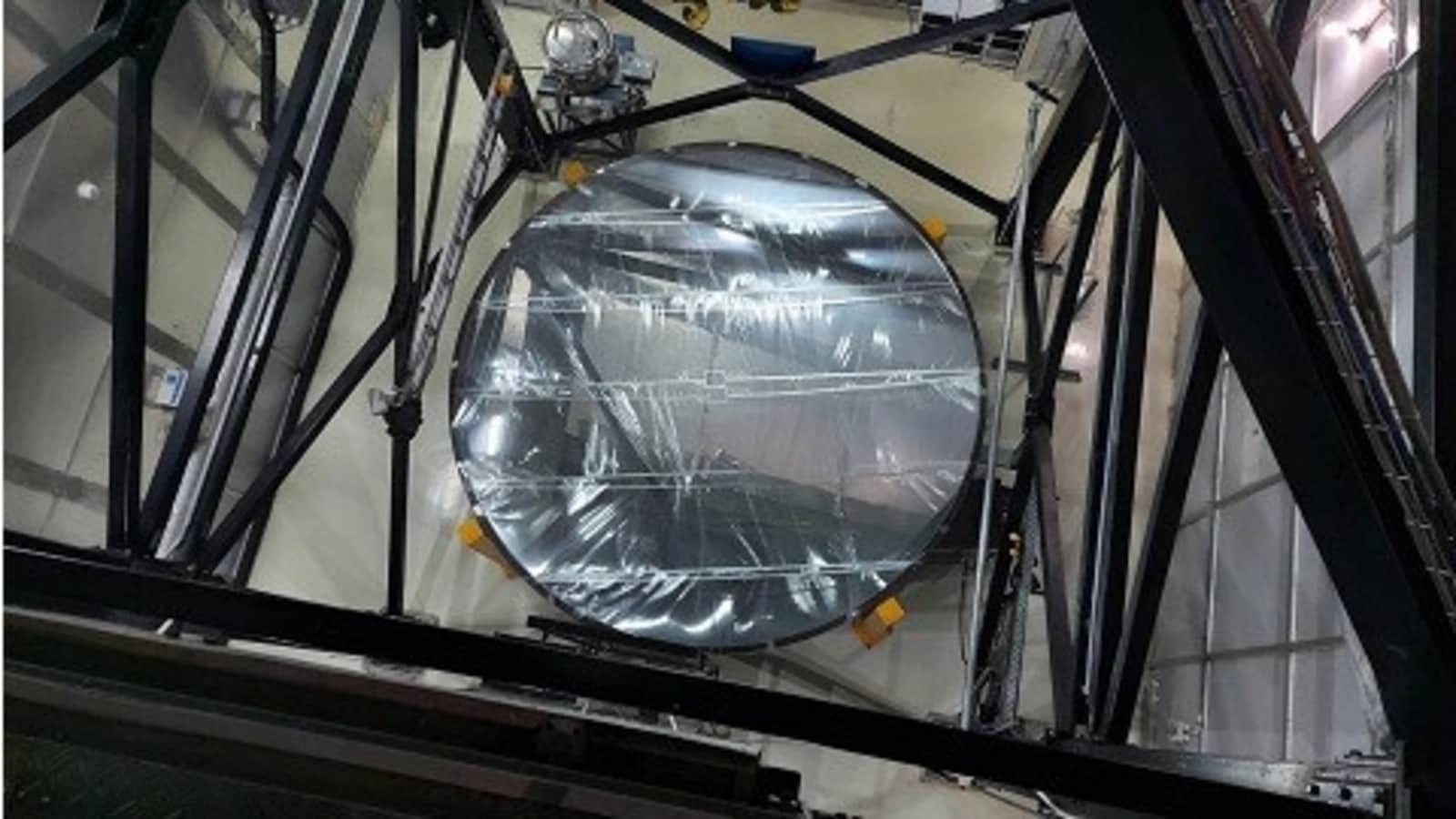 World’s first liquid mirror telescope has been commissioned in Uttarakhand. Know what it is and how it is different from conventional telescopes.

India got the world’s first liquid-mirror telescope commissioned atop Devasthal, a hill in Uttarakhand. It is the largest telescope in Asia that will observe asteroids, supernovae, space debris and all other celestial objects from an altitude of 2,450 meters in the Himalayas. Dubbed the Indian Liquid Mirror Telescope (ILMT), the novel instrument is built by astronomers from India, Belgium, and Canada. It is equipped with a rotating mirror made up of a thin film of liquid mercury to collect and focus light. It has a diameter of four meters. Know what the telescope is, how it is different from a conventional one and how it can be used here.

What is a liquid-mirror telescope?

The ILMT has been set up at the Devasthal Observatory campus owned by Aryabhatta Research Institute of Observational Sciences (ARIES), Nainital in Uttarakhand. Located at 2,450 meters above the sea level, it’s the only one to have been developed for astronomy research in the world.

A handful of liquid-telescopes that were built previously either to track satellites or were deployed for military purposes. The ILMT will commence full-scale scientific operations from October this year. It will operate along with the 3.6-metre Devasthal Optical Telescope (DOT), the largest telescopes operating in India (of the 4-meter class).

How is ILMT different from a conventional telescope?

The liquid-mirror telescope will survey and observe all possible celestial objects from stars, galaxies, supernovae explosions, asteroids to space debris. Whereas a conventional telescope points towards the celestial source of interest in the sky for observations, the liquid-mirror telescopes are stationary telescopes that capture a part of the sky which is at the zenith at a given point of time in the night.

Another difference is conventional telescopes have highly polished glass mirrors — either single or a combination of curved ones that focus on the targeted celestial object on specific nights. However, Liquid mirror telescopes use a liquid (usually mercury poured into a rotating dish) as the primary mirror, instead of aluminised glass.