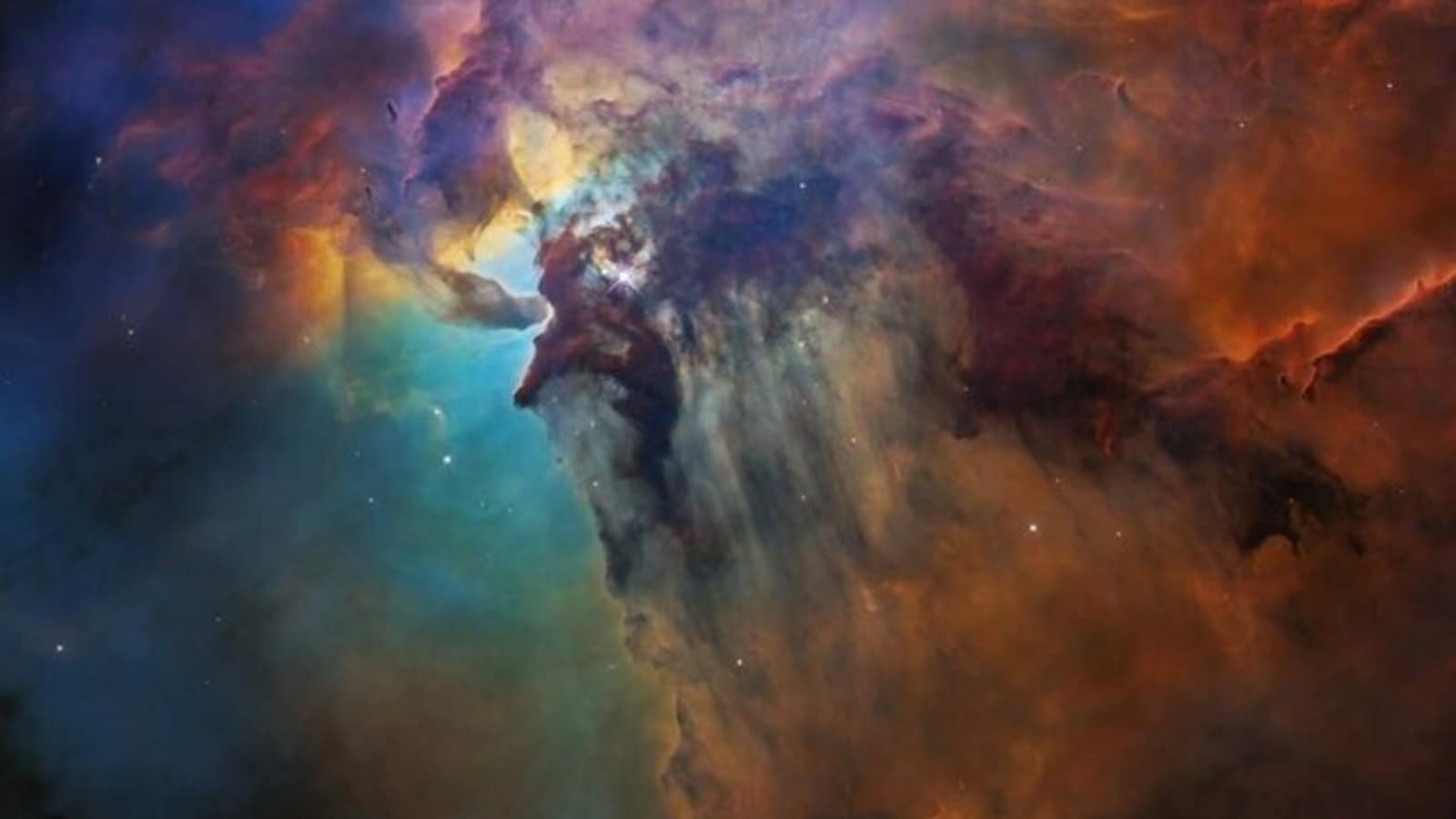 NASA’s Hubble Telescope shared a breathtaking photo of a massive star that is 32 times larger than the Sun. Know details.

It is stunning and spooky at the same time! NASA’s Hubble Telescope has again left everyone mesmerized with a new glimpse of a giant star. Though there are millions of stars that you can witness in a clear sky every night, there is one massive bright star in our solar system. Of course, we are talking about the Sun! But this giant star photo captured by the Hubble Space Telescope is 32 times more massive and 200,000 times brighter than even our very own Sun.

NASA took to Instagram to share the photo taken by the Hubble Telescope of the giant star named Herschel 36 at the centre of the Lagoon Nebula. It is essentially a giant interstellar cloud in the constellation Sagittarius, located around 4,000 light-years away. The NASA post shared the secrets of Lagoon Nebula that it may have lost serenic in image, but in reality, it is far from it! NASA’s Hubble Telescope shows a 3D structure of the Nebula measuring about 4 light-years across.

“At the center of this image is a massive star 200,000 times brighter than the Sun 🌟Though it may look like a serene cosmic landscape, the Lagoon Nebula is full of turbulent gasses, roaring stellar winds, and intense radiation emanating from a massive star,” NASA wrote in the post.

NASA further shared that the massive star is still young in a cosmic sense. Herschel 36 star is roughly 1 million years old, and is flinging off its natal cocoon of material – ionized gasses like hydrogen and nitrogen. That red material seen in the image captured by NASA’s Hubble Telescope as red is actually hydrogen and green material shows the presence of nitrogen.