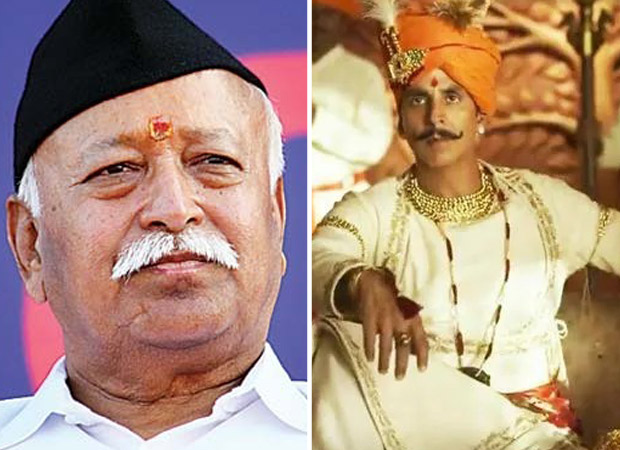 Chief of RSS Mohan Bhagwat is set to watch the retelling of the life of Prithviraj Chauhan at a special screening in New Delhi on June 3. Akshay Kumar and leading lady Manushi Chhillar, along with director Dr. Chandraprakash Dwivedi will be present for this screening of Samrat Prithviraj.

Yash Raj Films’ first historical, Samrat Prithviraj, is based on the life and valour of the fearless and mighty Samrat. Akshay is essaying the role of the legendary warrior who fought valiantly to protect India’s freedom from the merciless invader Muhammad of Ghor in this visual spectacle. Samrat Prithviraj’s courage and leadership has inspired generations through folklore.

Confirming this, Akshay said, “Samrat Prithviraj is our humble attempt to tell Indians across the world about a true warrior who sacrificed his life for India’s freedom, standing up against merciless invaders. It is our honour that Shri Mohan Bhagwatji will be watching this authentic historical spectacle. The film is our attempt to honour a glorious king who decided to not give an inch of Bharatmata’s land to invaders who didn’t belong to our country. We hope we entertain everyone with our sincere film.”

Dr Chandraprakash Dwivedi, director, added, “Samrat Prithviraj Chauhan’s life is an example for every Indian. When invaders came to attack our motherland, he stood up and took them on. Our country is in a state of constant attack from forces known and unknown and the youth of the country must understand this and take note of the job at hand. We have to make India stronger and I hope our film can inspire everyone. We are humbled that Shri Mohan Bhagwatji is watching our attempt at retelling history in its most authentic manner.”

The gorgeous Manushi Chhillar plays the role of King Prithviraj’s beloved Sanyogita in this highly anticipated historical and this is definitely one of the most awaited debuts of 2022. The film is set to release on June 4 in Hindi, Tamil and Telugu.