BTS reveal they had plans of coming to Mumbai as a part of their Map of The Soul tour in 2020 : Bollywood News 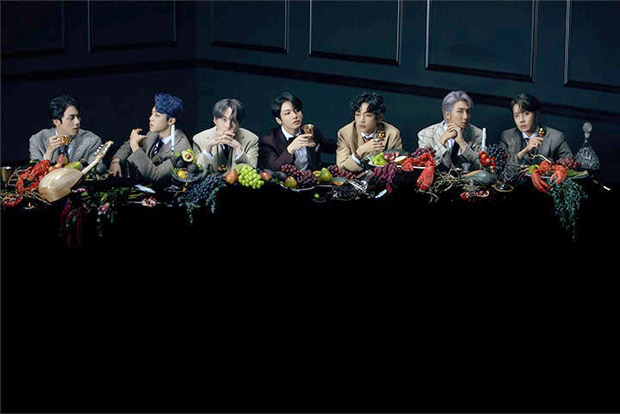 South Korean juggernaut BTS had plans for coming to India for their 2020 Map of The Soul tour. The septet spilled beans on how the pandemic affected their plans of visiting various countries including India for their tour.

In a recent conversation with Spotify to promote their forthcoming anthology album “Proof”, the pop titans spoke about the canceled Map of the Soul tour which was supposed to happen in 2020 and revealed how their plans completely changed due to the pandemic. The septet revealed that they planned to travel to several countries like Barcelona, South America, and India. The pop group further revealed of holding a concert in Mumbai. “But after ‘ON’ the pandemic broke out and went on, so we couldn’t go tour,” RM then said.

“After ‘ON’ our goal was to go on tour for a year traveling several countries in other continents like Australia..Barcelona, South America, India..And then the pandemic began.” ???? pic.twitter.com/dNOz94zQ1T

The Map of The Soul Tour, announced in January 2020, included 37 shows in 17 cities, from North America, Europe and Asia. Beginning the tour in Seoul in April 2020, BTS was set to perform hits from their chart-topping album “Map of the Soul: 7” in all the planned countries but due to the rise in Covid-19 cases and the South Korean government’s decision to ban large gatherings, the Seoul shows were called off in February 2020, followed by a postponement of the American dates. After nearly two years of postponement, the group officially called off their tour over safety and logistical concerns in August, 2021.

Meanwhile, BTS recently visited the White House (Oval Office) on Tuesday, May 31, to discuss diversity and other related issues with President of the United States, Joe Biden. During the 35-minute meeting, the septet and President Biden had a conversation on anti-Asian hate crimes and Asian inclusion and spoke about President Biden’s recent visit to South Korea. With this, BTS’ visit to the White House made another history of the “first” as South Korean artists. The group is currently gearing up for their highly anticipated anthology album Proof which will drop on June 10th.