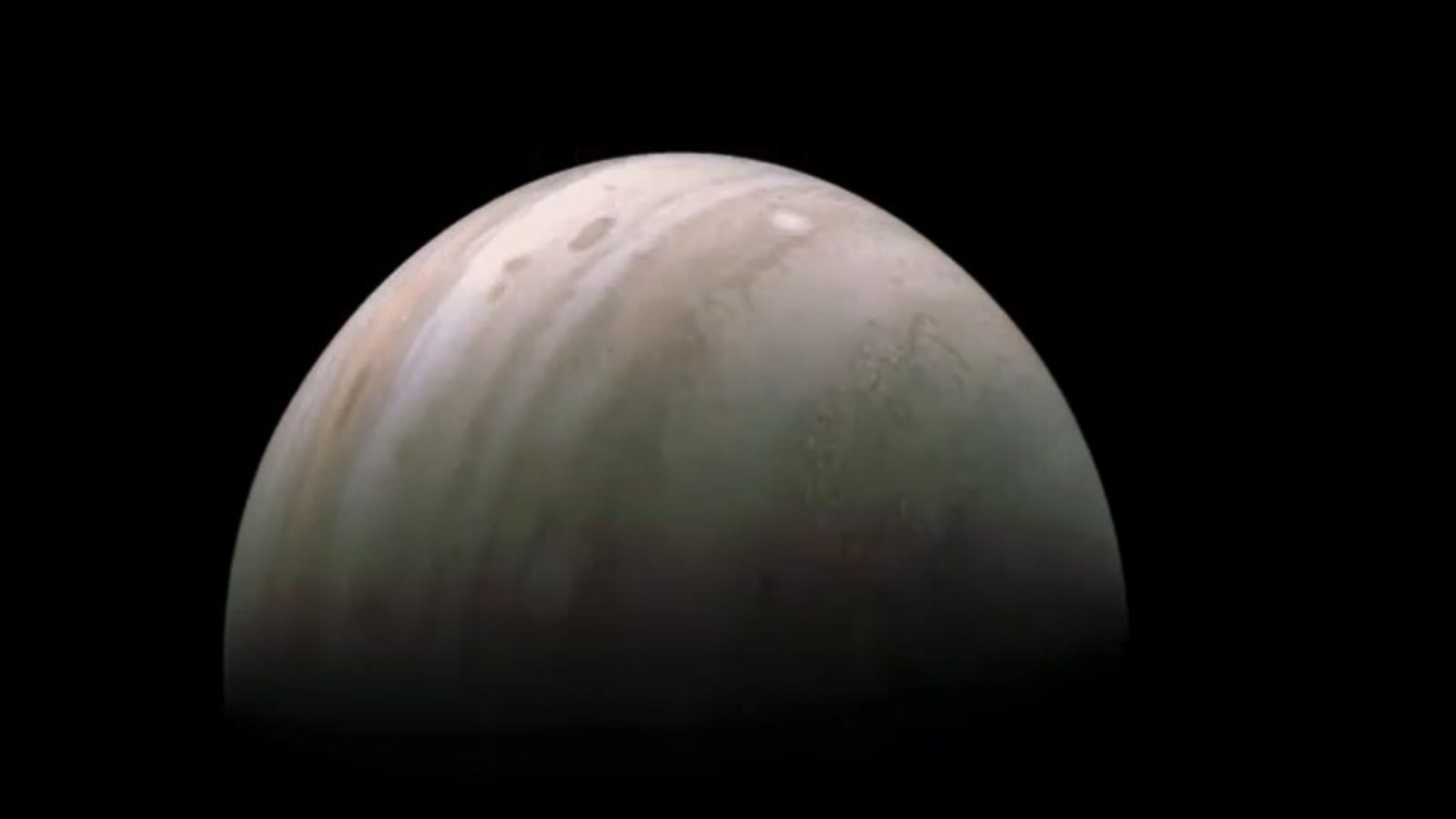 NASA’s Juno mission completed its 41st close flyby of Jupiter and here’s what it looks like to travel to the biggest planet in the solar system! Check NASA video of Jupiter clouds.

Have you ever imagined what it would look like while travelling through the Jupiter clouds? Well, NASA has just provided the opportunity of doing so by sharing a close glimpse of the cloud tops on Jupiter. The American space agency, NASA took to Instagram to share a short video made with the raw JunoCam image data to let you take on a visual trip to Jupiter from a close vantage point. On April 9, 2022, NASA’s Juno spacecraft completed its 41st close flyby of Jupiter and at that moment, its JunoCam instrument managed to capture what it actually looks like to travel along with the spacecraft. This 8 seconds NASA video left social media users impressed with the visuals which shows the camera approaching the giant planet made of gas. Also read: NASA Voyager 1 space probe sends data to Earth that shocks scientists!

“Its JunoCam instrument captured what it would look like to skim the cloud tops of the #GasGiant. The animated sequence shown above was created by #CitizenScientist Andrea Luck, who used raw JunoCam image #data,” NASA’s Jet Propulsion Laboratory (JPL) said in the Instagram post. It further shared that at the closest point, NASA’s Juno spacecraft in April was just over 2,050 miles or 3,300 kilometres above Jupiter’s colourful cloud tops. At this height, the Juno Spacecraft was traveling at a massive speed of around 131,000 mph (approx. 210,000 kilometers per hour) relative to Jupiter. Also read: NASA Hubble Telescope discovers a giant Galaxy; Sized 2.5x LARGER than our Milky Way Galaxy!

What is NASA’s Juno Mission

NASA launched the Juno mission back on August 5, 2011. It embarked on a 5-year journey to our solar system’s largest planet – Jupiter. NASA’s mission to Jupiter’s main aim is to probe beneath the planet’s dense clouds and unlock Jupiter’s Secrets. The Juno spacecraft is designed to reveal some insightful information about Jupiter – from its origin and evolution to our solar system, and giant planets in general across the universe.

“Juno arrived at Jupiter on July 4, 2016, after a 5-year, 1.7-billion-miles journey, and settled into a 53-day polar orbit stretching from just above Jupiter’s cloud tops to the outer reaches of the Jovian magnetosphere,” NASA said while sharing about the mission to Jupiter. Right now, the Juno spacecraft is on its extended mission of NASA’s most distant planetary orbiter and continuing with its investigation of Jupiter through September 2025 or until the end of the spacecraft’s life.