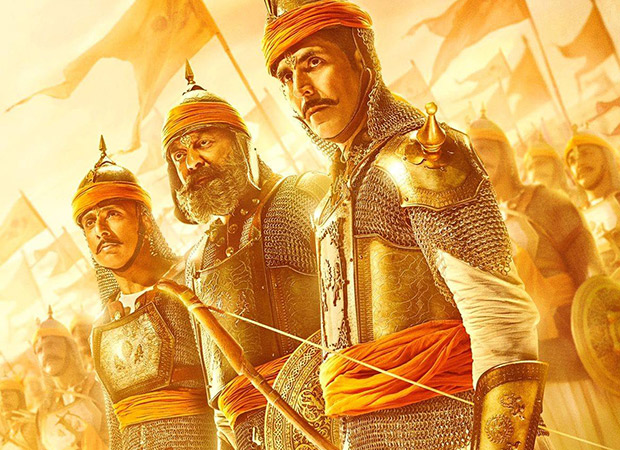 Akshay Kumar starrer Samrat Prithviraj is a historical drama that gives us a glimpse of the rich Indian heritage we hail from. Co-starring debutant and former Miss World Manushi Chhillar, the film is based on our history and our kings because of which the government of Uttar Pradesh has extended its support to the film. Yogi Adityanath of Uttar Pradesh has declared the Akshay film tax-free and it is being said that some other states might follow the suit soon.

Earlier today, we reported that Honorable Home Minister Amit Shah appreciated Samrat Prithviraj and even added that it is a film that talks about Indian women and their empowerment. Many politicians and even the Karni Sena appreciated the content in the film and hailed it for retaining authenticity. Hence, it doesn’t come as a surprise that the film has been declared tax free in Uttar Pradesh. Reports also suggest that the other states are impressed with the film and if all goes well, the film might be declared tax-free in other Indian states too. But further details on that front are yet to be made. If that happens, traders believe that the box office of Samrat Prithviraj will gain an upper hand and the film will gain massive momentum.

Let us tell you that Samrat Prithviraj is Yash Raj Films’ first film in the historical drama genre and it is also Akshay Kumar’s first role as a non-fictional king. Speaking about the film, it also stars Sanjay Dutt and Sonu Sood. It is directed by Dr. Chandraprakash Dwivedi, who is expected to have done a thorough research before kick starting the film. It marks the debut of former beauty queen Manushi Chhillar, who will be seen in the role of Samrat Prithviraj Chauhan’s wife Sanyogita.